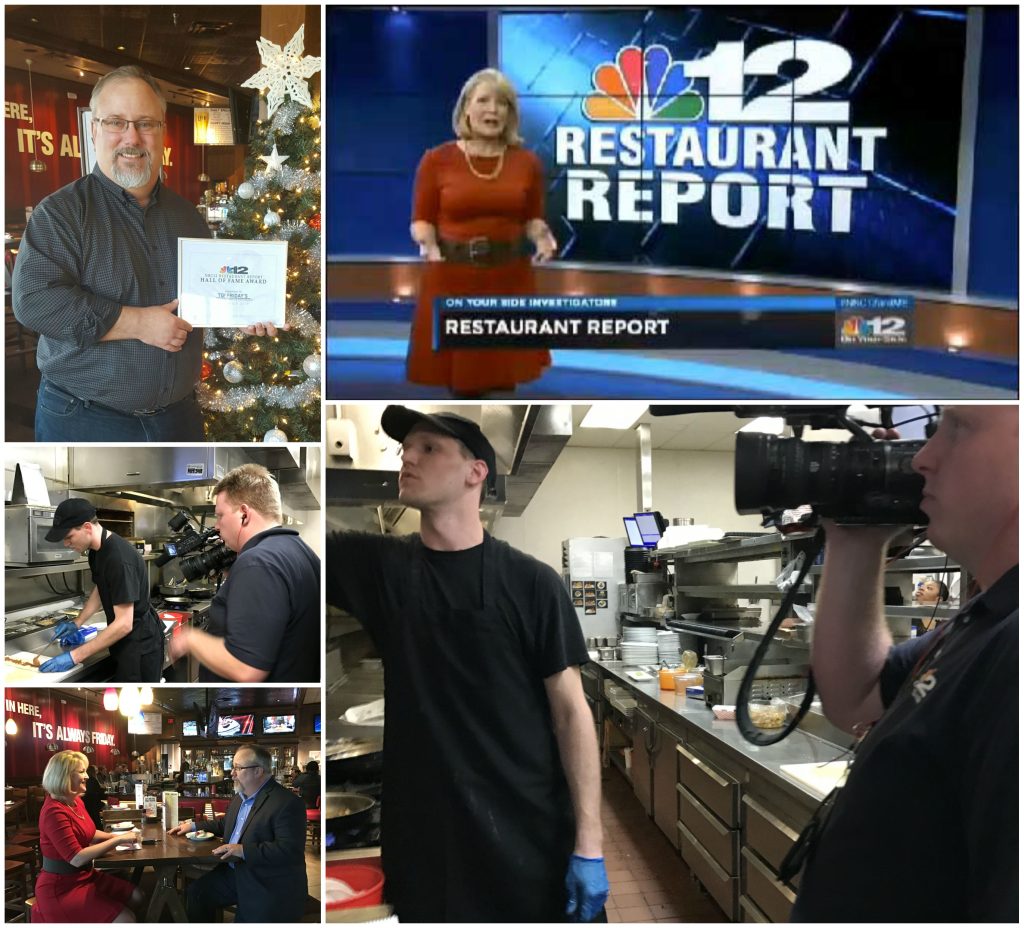 From our family at United Restaurant Group/TGI Fridays, to yours…

we wish you all a very Happy Holidays!

November 11th, 2016- On Veterans Day, we were very honored to serve Veterans and Active Military a free lunch for their courageous services to our country.

We had an excellent turnout across all stores, and we were thrilled to have hosted many of our nation’s bravest at each of our Fridays restaurants.

We are also very grateful to all our Fridays team members for all their hard work in making this holiday lunch a success. The President & Vice President of United Restaurant Group had some nice things to say regarding Veterans Day 2016…

“Teams, thank you all for your commitment to giving back to our local communities. When you think of the sacrifice our veterans have made it would be nice to think of how we can say thank you in other ways. Suggestions are welcome. Thank you all.”  Said Tony Grillo, President of United Restaurant Group.

“I’m very proud of the effort everyone team made to take care of our nation’s veterans yesterday. All of you went above and beyond with staffing and service, and I know it was appreciated by those men and women that have served our country. Here are just a few photos from across our company.” said Louis Quartochi, Vice President of United Restaurant Group. 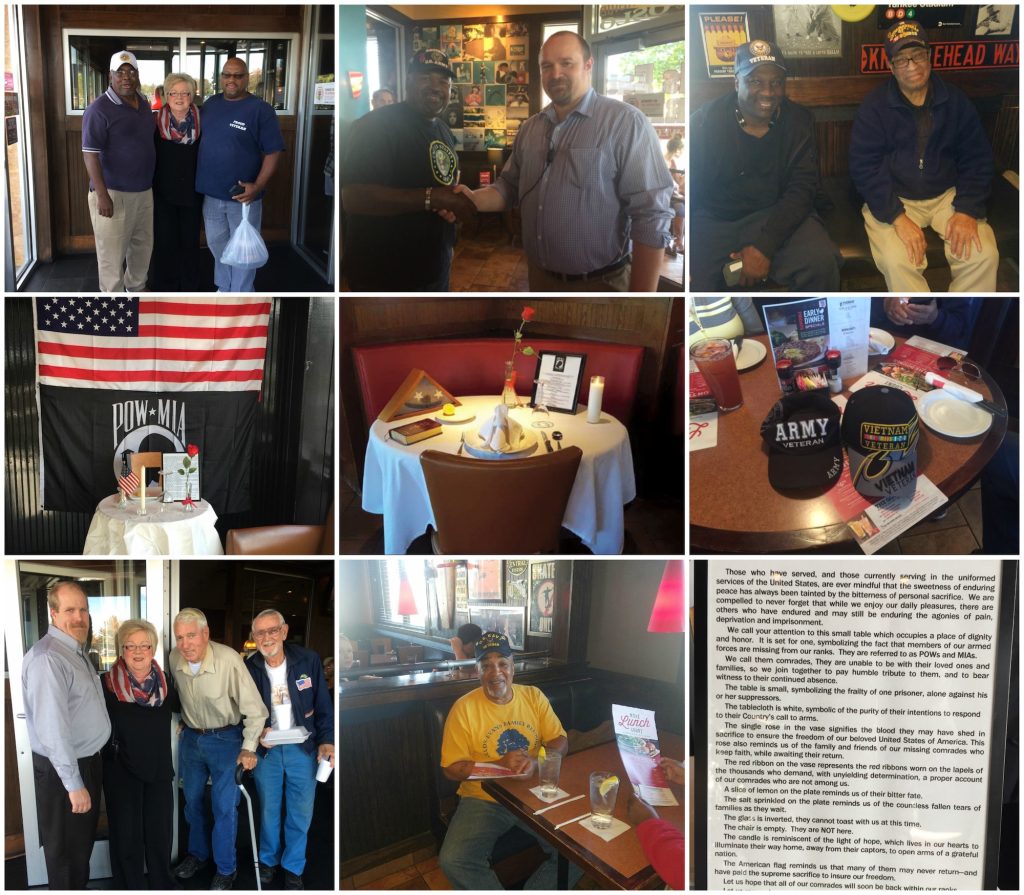 On Tuesday, November 8th, we filmed our 1st annual “Thanking the Community” TV commercial with a group of top Fridays team members, along with the president of United Restaurant Group, Tony Grillo. We had a fantastic time, and the TV commercial wrapped up nicely!

We are all so pleased to be part of such a terrific team, and we look forward to many more fun times ahead as we transition into the New Year.

Happy Early Holidays to all, from United Restuarant Group/TGI Fridays! 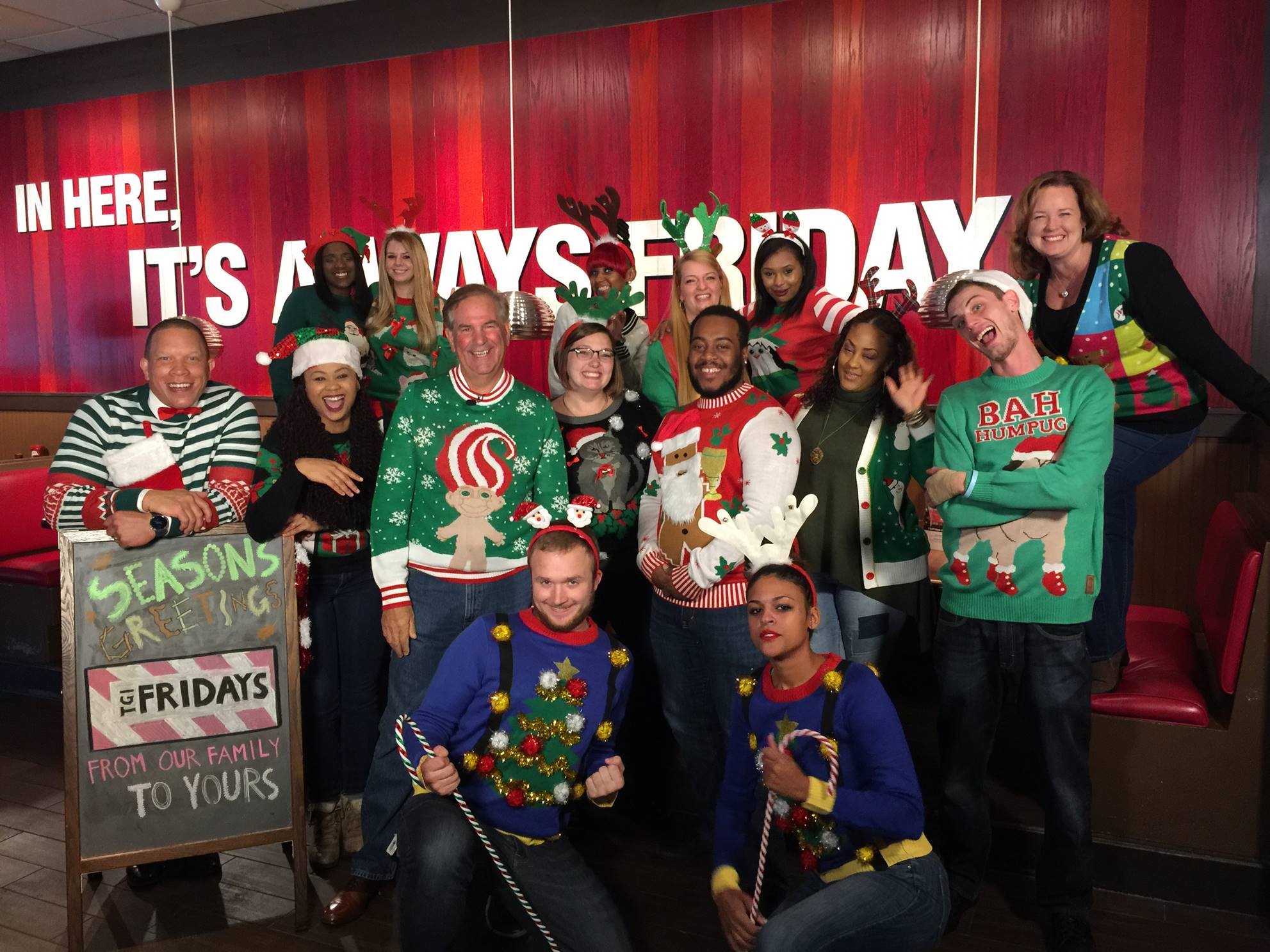 Dan has proudly served our country in the US Air Force overseas in Kuwait, Afghanistan & Iraq. We are so proud of Dan for his service and sacrifice to our country. And we are so honored and excited to have Dan back with us at United Restaurant Group as a GM for TGI Fridays in Cary, NC. 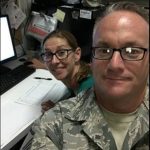 “When Dan returned from his deployment, he presented Tony with a flag that had been flown over Iraq. We have had it framed and it is displayed prominently in the board room of our office. Again, Dan, we are all very proud of your commitment and service to our country and are extremely happy you made it back safely!!” said Louis Quartochi, Vice President of United Restaurant Group. 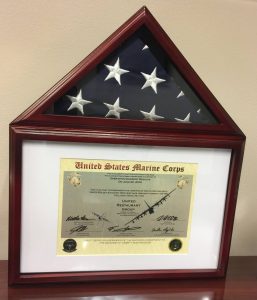 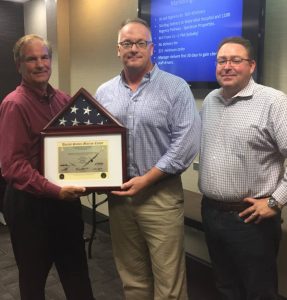 Thanks for all you’ve done Dan… and welcome home!

Henrico County, VA – Families from all over Henrico county came together and enjoyed a completely free event put on by MAN UP this weekend. This is an organization that works towards getting more fathers and men involved in early childhood education volunteer work. And the Richmond Fridays team were excited to participate!

The team met so many amazing people from the community along with many happy children… who left with Fridays branded goodies!

A big thank you to the Henrico county community for the opportunity, and to the Richmond Fridays team for all their efforts during this wonderful event!

Please join us in congratulating General Managers Kurt Kuhnle (of Swift Creek, VA) and Rick Bastien (of Raleigh, NC), for the recognition they received at yesterday’s General Managers meeting.

Kurt Kuhnle of Swift Creek was recognized for retention excellence – YTD turnover of 32.4%. 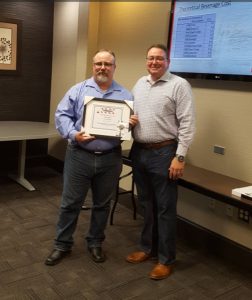 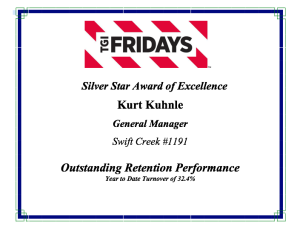 Rick Bastien of Raleigh was recognized for leading the region in both Sales and Pace to Budget performance. Rick also received a plaque of recognition for the tremendous ownership he shows each and every day! 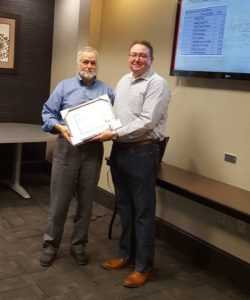 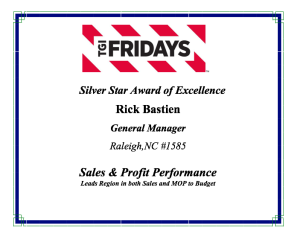 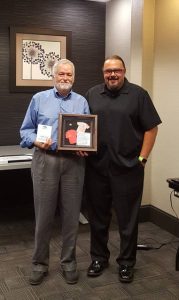 Thank you both for your continued leadership and outstanding performances! 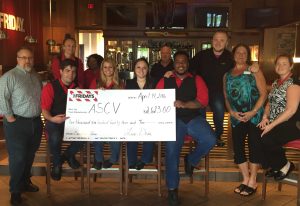 Fridays: One of 20 Best Kids Dishes

Only 20 items were selected, including…

Our all-natural chicken sandwich! Made without preservatives, growth hormones or additives, and marinated in lemon juice and light seasonings, the chicken is served on a special bun for gluten-sensitive kids. The sandwich comes with a choice of side, including fresh fruit, baby carrots or a side salad.

“It’s important to have high-quality, lighter choices for our Guests, especially for kids, and lighter doesn’t need to equate to compromise,” says Senior Director of Menu Development Dan Dillon. “When you have high-quality base ingredients – like our all-natural chicken breast and the marinade we make in house – they have their chance to shine even without sauces or glazes. Simply grilled and simply served.”

Kudos to our Culinary Team for leading the way in menu innovation!

You can read the full article on parents.com.